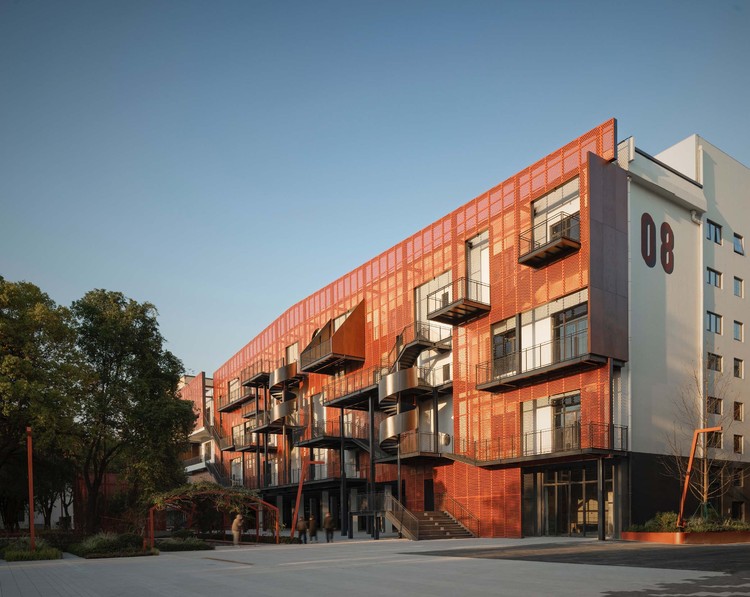 Text description provided by the architects. Vi PARK, formerly known as Shanghai Greater China Zhengtai Rubber Factory, is located at 1391 Humin Road, Minhang District, Shanghai. In 2019, tripartite cooperation among Huayi Chemical Industry, Shanghai Vanke, and Minhang Longsheng decided to transform it into a comprehensive office park. We created a “labyrinth” on the façade, connecting several office terraces unexpectedly to each other, breaking the order of office floor compartments and creating a new social scene.

Imagine a place like this: between work, you walk out onto the office terrace, where you can get some air, and you can also string up a conversation with the company next door. The ups and downs of the labyrinth’s path are accompanied by the greenery close at hand, looking across to the woods, to the next terrace, and to the far side of the city. If you want to drag out your lazy lunch break a little longer, you’ve got a legitimate reason for being late: “Boss, I just got lost in the wall.”

The idea of socializing on the wall comes from New York’s outside fire escape stair parties. Anyone who has seen the movie “Breakfast at Tiffany’s” will remember the song “moon river” by Audrey Hepburn.

In our case, it is not only for egress, but also has an abundance of fun to navigate. Nearly half of the paths are hidden, and from the outside, the platform paths seem to inexplicably break off, creating a maze “Wall Maze”. To minimize changes to the original structure, the wall is a layer of perforated aluminum panels added out. It is also intended to leave some possibilities for future climbing plants or unit planters.

The factory building next to the labyrinth wall is directly in front of a square, which is an excellent venue for street-level display surfaces as well as for holding events. We designed several balconies in conjunction with the open window locations, whose baffles serve as logo signs for the brands of the incoming companies. The façade looks like it has been lifted off, picking out a huge canopy that serves as a gray space for square activities.

This shape is a tribute to the original shape of the factory façade. We hope that the façade renovation will not only innovatively shape the new appearance of the building but also bring new scenes of use to the space.

The Xbox Design Lab is getting even louder

Thu Jun 9 , 2022
Xbox is announcing a host of planned improvements to its hardware and services today. In addition to cloud gaming improvements and new supported platforms for the Xbox app, it was announced that Xbox will expand its Design Lab store with even more customization options. This includes new pastel colors — […] 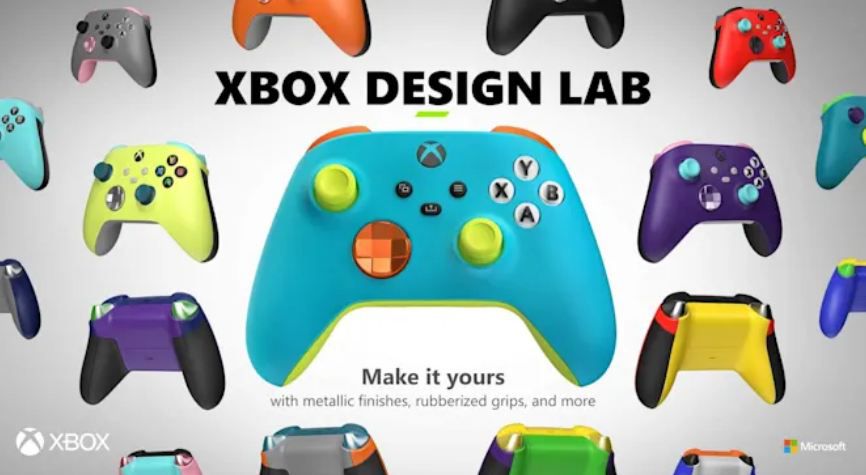