The holiday originated with tributes for soldiers who died in the Civil War. Memorial Day, observed the last Monday in May each year, is a holiday that pays tribute to American military members who have died in service to the U.S. But the holiday hasn’t always paid tribute to all […]

The holiday originated with tributes for soldiers who died in the Civil War.

Memorial Day, observed the last Monday in May each year, is a holiday that pays tribute to American military members who have died in service to the U.S.

Sign up for the VERIFY Fast Facts daily Newsletter!

When the first national celebration of the modern Memorial Day holiday took place at Arlington National Cemetery on May 30, 1868, the holiday was called Decoration Day.

The first observance of Decoration Day honored soldiers who died in the Civil War, the deadliest war in American history. The U.S. Army Airborne and Special Operations Museum says General John Logan, leader of an organization for Northern Civil War veterans, called for a nationwide day of remembrance. He chose May 30 because it wasn’t the anniversary of any Civil War battle.

RELATED: Yes, you can get a refund if your flight is canceled and you choose not to travel

But tributes to soldiers lost in the Civil War occurred throughout the country in the years before the 1868 observance. The U.S. Department of Veterans Affairs says approximately 25 places, many in the South where the bulk of the war dead were buried, have been linked to the origins of Memorial Day.

“Although it is unclear where exactly this tradition originated,” the U.S. Army Airborne and Special Operations Museum says “some records indicate that one of the earliest Memorial Day commemorations was organized by a group of formerly enslaved people in Charleston, South Carolina less than a month after the Confederacy surrendered in 1865.”

The Library of Congress says the town of Boalsburg, Pennsylvania, claims to have observed Memorial Day tributes even earlier based on an observance dating back to October 1864.

RELATED: Have you received a text from a wrong number? It could be a scam

President Lyndon Johnson proclaimed Waterloo, New York, the “Birthplace of Memorial Day.” It was chosen because it hosted an annual, community-wide event, during which businesses closed and residents decorated the graves of soldiers with flowers and flags, beginning May 5, 1866.

The Constitution Center says the holiday was expanded to honor all American war fatalities after World War I. That became official, the Library of Congress says, in 1971, when a federal law changed the observance of the holiday to the last Monday in May and extended the honor to all soldiers who died in American wars.

Before then, the holiday was observed nationwide on May 30 every year. Even after the 1971 law, a few states continued to observe the holiday on May 30.

In 2022, every state in the nation will observe Memorial Day on May 30 — the date of the last Monday in May of this year.

The VERIFY team works to separate fact from fiction so that you can understand what is true and false. Please consider subscribing to our daily newsletter, text alerts and our YouTube channel. You can also follow us on Snapchat, Twitter, Instagram, Facebook and TikTok. Learn More »

Sat Jun 11 , 2022
(Family Features) From decks and outdoor kitchens to guest houses and whole-home makeovers, there are a variety of ways homeowners can enhance the look and feel of their outdoor spaces while also creating new ways to enjoy time outside with family and friends. “Upgrading your outdoor space has two benefits,” […] 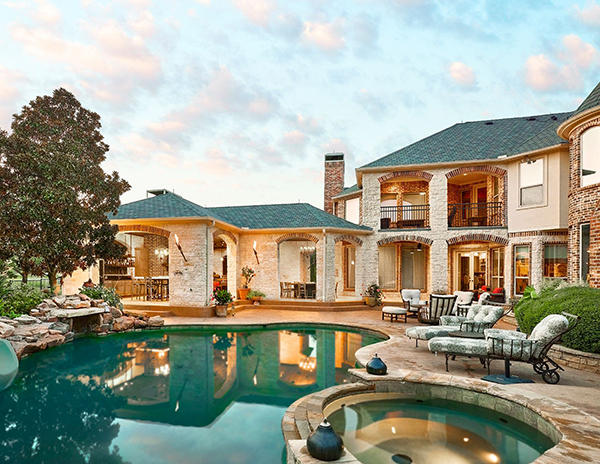