The stenches of everyday life are as varied and multifarious as the things that produce them. If your home is smelling a bit funny – or downright bad – then chances are there is some heady cocktail of smells contributing to an overall pong. Some smells, of course, play more […]

The stenches of everyday life are as varied and multifarious as the things that produce them. If your home is smelling a bit funny – or downright bad – then chances are there is some heady cocktail of smells contributing to an overall pong. Some smells, of course, play more of a roll than others. These major offenders – smelly shoes, pets, cigarette smoke – are usually easily identifiable as the smells that have a specific product to deal with them. For example, there are specific products such as ShoeFresh, a shoe deodorizer spray specifically designed to freshen up footwear and, in the process, kill one of the odors that can really make an enclosed space smell foul.

But if you are dealing with multiple odors in your home – and there are plenty of potential candidates there – it doesn’t make a great deal of sense to fill up your cleaning cupboard with a range of sprays and cleaning products to tackle each one. It also isn’t the best idea to be over-reliant on catch-all air fresheners or deodorizers. For one thing, they are not fully effective for all kinds of odors. And for another, they only mask smells, which duly return as soon as the air fresheners disperses after a couple of hours.

No, the best way to truly deodorize your home is to adopt a series of good practices and habits that can help it smell a bit less in the first place. The smells of everyday life will always be coming into your home, so continually dealing with the sources is really the only way.

Tips for Deodorizing Your Home

Different rooms in a home have different functions. Accordingly, the smells in each room are likely to vary. Therefore, the best way to deodorize your home is to go room by room and develop a few cleaning techniques and strategies to combat the different odors that predominate in each one. That way, you will tackle the problem at its root.

In the kitchen, bad smells typically emanate from organic material; that is to say, food in its various stages of decomposition. Regarding trash, it’s important to remember that, sometimes, the smell comes from the trashcan itself. Thus, it is wise to clean it regularly. Sprinkling in some baking soda is also a terrific way to keep it smelling fresh for longer. Keeping your fridge smelling fresh is also all but essential. Remember to double-wrap pungent foods such as cheese and store leftovers in containers with lids. Above all, clean out your refrigerator on a monthly basis.

What smells predominate in the bedroom? What you have to worry about here is all the smells associated with the human body. Making sure you have a regular laundry routine, that you deodorize shoes, and regularly changing your sheets will already go a long way to keeping your bedroom fresh. You may also wish to use candles, incense, or a simple air freshener after cleaning.

In the living room, it is normally the carpet that is the main culprit for collecting foul smells. It is important to keep the carpet fresh by regularly cleaning it in a way that doesn’t just lift dirt but also removes the odors as well. Baking soda is again your friend – sprinkle it all over the carpet, let it sit for an hour or two, and then vacuum.

The tips outlined here are just half the battle. But in conjunction with judicious use of the right cleaning products, you can have your home smelling consistently fresh, with no need to ever let it get smelly again.

Floor Mats With Your Logo Are A Wise Investment

Mon Apr 25 , 2022
Making a good first impression on your consumers is crucial, and you may only have one chance to do so. When customers enter your place of business, they immediately establish an opinion of you. This first impression is crucial in determining whether or not that person will do business with […] 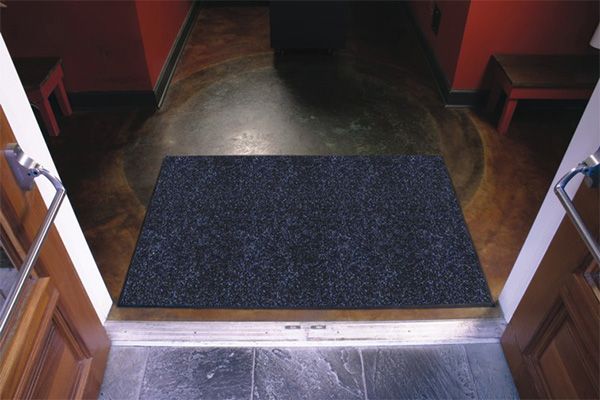